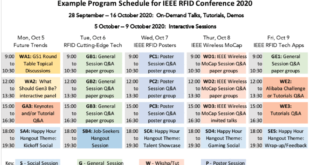 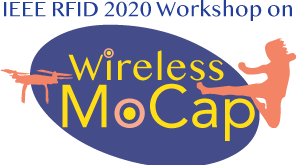 Pittsburgh, Pennsylvania | April 3, 2019 |AIM, the trusted worldwide industry association for the automatic identification industry, providing unbiased information, educational resources and standards for nearly half a century, has announced the first group of recipients for the 2019 AIM Awards, which honor excellence and outstanding achievement in the automatic identification and data capture industry.

AIM’s 2019 award winners are being announced at several industry events this year, with the first presentation during AIM’s annual Partnership Breakfast held earlier today during RFID Journal LIVE! in Phoenix, Arizona.  In the coming weeks, AIM will reveal the remaining honorees.

Leanne Kemp, Founder & CEO of Everledger was selected as recipient of the Allan Gilligan Award.  The award is given to a member of the industry who has made outstanding contributions to the development of automatic identification and data capture (AIDC) applications in materials handling and logistics in the supply chain.  Established in 2012, the award honors Allan Gilligan, a revolutionary developer of supply chain standards across multiple industries.

The inaugural presentation of AIM’s new award, the Clive Hohberger Technology Award, was given to Francesco Amato of Tor Vergata University in Italy.  Created in 2018 to honor the lifetime contributions of Dr. Clive Hohberger, this award recognizes the scientists, engineers, software developers, or systems integrators for outstanding contributions that have furthered the growth of the industry through important applications and new technological developments.

Josef Preishuber-Pflügl, EVP, CTO, Business Manager RFID+NFC with CISC Semiconductor was named recipient of the Ted Williams Award, given in recognition of his efforts to further the growth of the AIDC industry.  Named in honor of Ted Williams, an industry innovator, collaborator  and long-time member of the AIM Technical Symbology Committee, the award was introduced in 2007 and is presented annually in recognition of innovative and exceptional contributions that further the growth of the industry through work as a teacher, researcher or entrepreneur.

“The AIM Awards Class of 2019 represents amazing talent, diversity and commitment to our industry,” said AIM Chief Operating Officer Mary Lou Bosco.  ” To have the opportunity to present these awards at our 2019 Partnership Breakfast reinforces how AIM relationships have evolved and the vast opportunities that are ahead of us as AIM continues to expand around the globe.” 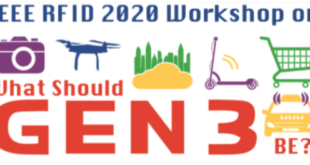 Workshop: What Should Gen3 Be?

Due to widespread COVID-19-related travel restrictions and disruptions IEEE RFID 2020 will be offering the same great content in an online format: