On July 25, Prof. Magdy Bayoumi will give a talk to the IEEE Circuits and Systems Singapore Chapter, Centre for Infocomm Technology (INFINITUS), School of EEE, and NTU. Don’t miss it! More info:

Title: From RFID to Cyber-Physical Systems: Reality, Dreams, and Fantasy

Prof. Magdy A. Bayoumi
(University of Louisiana at Lafayette  )

Abstract: The integration of physical systems with networked sensing, computation networks, and embedded control with actuation has led to the emergence of a new generation of engineered systems, the Cyber-Physical Systems (CPS). Such systems emphasize the link between cyber space and physical environment (i.e., time, space, and energy). CPS represents the next generation of complex engineering systems. They are large scale dynamic systems that offer significant processing power while interacting across communication networks.

RFID was one of the early technology that facilitated interfacing the physical world with the cyber space. RFID was mainly developed to monitor and track objects in real time. The RFID applications in CPS systems are more sophisticated and appealing. As a matter of fact the emergence of CPS has given RFID a new life.

Building Cyber-Physical Systems is not a trivial task. The difficulty arises from the existing gap in modeling and computing of the physical and cyber environments. The design process require new theories, models, and algorithms that unify both environments in one framework. None of the current state-of-the art methods are able to overcome the challenges of developing the unified CPS design paradigm.

Several of these issues will be discussed in this talk. Case studies of real world CPSs will be illustrated.

Dr. Bayoumi has graduated about 100 PHD and 150 MSC students, authored/co-authored about 600 research papers and more than 10 books. He was the guest/co-guest editor of more than 10 special journal issues, the latest was on Machine to Machine Interface.

Bayoumi is an IEEE Fellow. He has served in many capacities in the IEEE Computer, Signal Processing, and Circuits & Systems (CAS) societies. Currently, he is the vice president of Technical Activities of IEEE RFID council and he is on the IEEE RFID Distinguished Lecture Program (DLP). He is a member of IEEE IoT Activity Board. Bayoumi has received many awards, among them; the IEEE CAS Education award and the IEEE CAS Distinguished Service award. He was on the IEEE DLP programs for CAS and Computer societies. He was on the IEEE Fellow Selection Committee. Bayoumi has been an ABET evaluator and he was an ABET commissioner and team chair. He has given numerous keynote/invited lectures and talks nationally and internationally.  Bayoumi was the general chair of IEEE ICASSP 2017 in New Orleans. He, also, chaired many conferences including ISCAS 2007, ICIP 2009, and ICECS 2015.

Bayoumi was the chair of an international delegation to China, sponsored by People-to-People Ambassador, 2000. He received the French Government Fellowship, University of Paris Orsay, 2003-2005 and 2009. He was a Visiting Professor at King Saud University. He was a United Nation visiting scholar. He was a visiting professor at University of King Saud. He has been an advisor to many EE/CMPS departments in several countries.

Bayoumi was on the State of Louisiana Comprehensive Energy Policy Committee. He was the vice president of Acadiana Technology Council. He was on the Chamber of Commerce Tourism and Education committees. He was a member of several delegations representing Lafayette to international cities. He was on the Le Centre International Board. He was the general chair of SEASME (an organization of French Speaking cities) conference in Lafayette. He is a member of Lafayette Leadership Institute, he was a founding member of its executive committee. He was a column editor for Lafayette Newspaper; the Daily Advertiser. 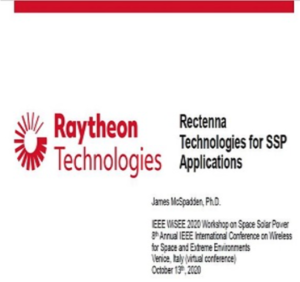